Seemingly overnight New Orleans’s native, Dana Gourrier  has risen to stardom with roles in “The Butler”, “Django Unchained” as well as her role as Chantal on American Horror Story.  Yet, Dana quips, “I don’t feel like it went fast, it was not an overnight success. I consider myself a blue-collar actor.” As much as Ms. Gourrier has become visible to us in movies and television she still remains humble, soulful and appreciative of her journey to Hollywood.

She began acting at the age of 12 and through the course of her career has earned 2 degrees in acting. Dana reminiscences about the moment she knew she’d be an actress, “I feel like I was born with that desire. It was ingrained into my DNA. It 110% happened being in theater. Feeling like I fit in somewhere, that’s where I felt most at home.” Her second moment of career clarity came shortly after she had finished grad school.  She explains, “I had moved back to New Orleans and had a office job for about 6 to 8 months. Then one day I decided that I was an actor and that I was never going back.”

That has proven to be an excellent decision as she has had the opportunity to work with Oprah Winfrey, Lee Daniels and Quentin Tarantino. Coming early 2016, Dana will be in two films, ‘Kidnap’ and ‘Same Kind of Different as Me’. In ‘Same Kind of Different as Me’ she plays Willow who she describes as, “ A really gentle spirit who assists her writer friend through some writers block and they begin to develop a relationship.”  In ‘Kidnap’, Dana plays a deputy sheriff who first interacts with a mother played by Halle Berry whose son was just kidnapped.Dana had this to say about working with Halle Berry,

”She’s phenomenal, a wonderful spirit, we talked…I felt a bond and a connection.” 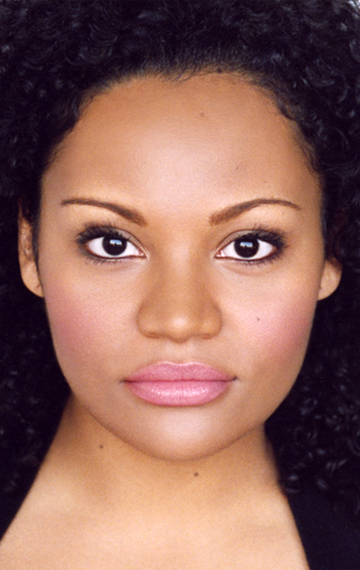 Dana doesn’t have plans to be just a supporting cast member, “I want to feel the responsibility of carrying a show or a movie. I feel ready for it.”  As a lead character she would love to play a love interest.

“I want to be love interest. I am a curvy girl, there are not a lot stories about women who look like me,” says Dana.

She’s spot on and curvy girls are still marginalized in Hollywood as being unable to be a true love interest to a man. I am excited for the day a movie features a plus-sized woman as the protagonist.  Ms. Gourrier is truly a woman to keep an eye out for in Hollywood. Her spirit speaks to me as woman who will bring about change and new story  lines within Hollywood.